Seattleis paying an ex-pimp $150,000 a year to act as the city’s “street czar” and offer “alternatives to policing” after protestsmorphed into the no-police-allowed Capitol Hill Occupied Protest.

Activist Andre Taylor is open about his past as a pimp (he appeared in the documentary “American Pimp”) and is working with the city of Seattle through his nonprofit, Not This Time. Taylor says he started Not This Time after his brother Che Taylor was killed by Seattlepolicein 2016.

Taylor was a critic of the Capitol Hill Occupied Protest and appeared on “Hannity” to support the father of a 19-year-old Black man who was shot and killed in the CHOP zone in June.

Taylor has previously worked with the city, receiving $100,000 for his nonprofit to host panel discussions called “Conversation with the Streets” in 2019,The Seattle Timesreported.

“Me, as a Black man has the right to be paid for my genius or for whatever my organization can provide,” Taylor toldKOMO News. “Black people as a whole have not been in a place to be compensated for their genius or their work for a very, very long time.”

Taylor’s July contract, first reported on byPubliCola, is with the city’s Department of Neighborhoods. It designates him as a consultant hired to “act as an adviser to the City of Seattle and ‘street czar’ community liaison.”

“Mayor Durkan believes that we have to make deep investments in community – one of the key demands of the Black Lives Matter protests,” Durkan spokesperson Kelsey Nyland told The Seattle Times in a statement.

“In early June, she committed in her 2021 budget a $100 million investment in community,” Durkan’s spokesperson continued. “Andrè spoke with organizers about how to turn activism and organizing into action at the state, local and federal level, and urged individuals to leave Capitol Hill.”

However, Taylor also encouraged CHOP protesters to ask the city for money before agreeing to leave the occupied zone.

“You gotta get something,” he told protesters in a recorded conversation, according to the Seattle Times. “Let me make that happen for you, and then I can bring that back to you. I don’t know, we’ll ask for $2 million. They might give us $1 million, but let’s ask for it. Because the reason why we’re holding that space is not only for George Floyd but for the millions of George Floyds.”

Taylor defended himself in an interview with the Seattle Times.

“I was concerned about the protesters leaving that space without having some type of win. … There were no qualms with me in that conversation. I would do it again,” he told the Times.

Fox News’ inquiry to the Seattle mayor’s office was not returned at the time of publication. 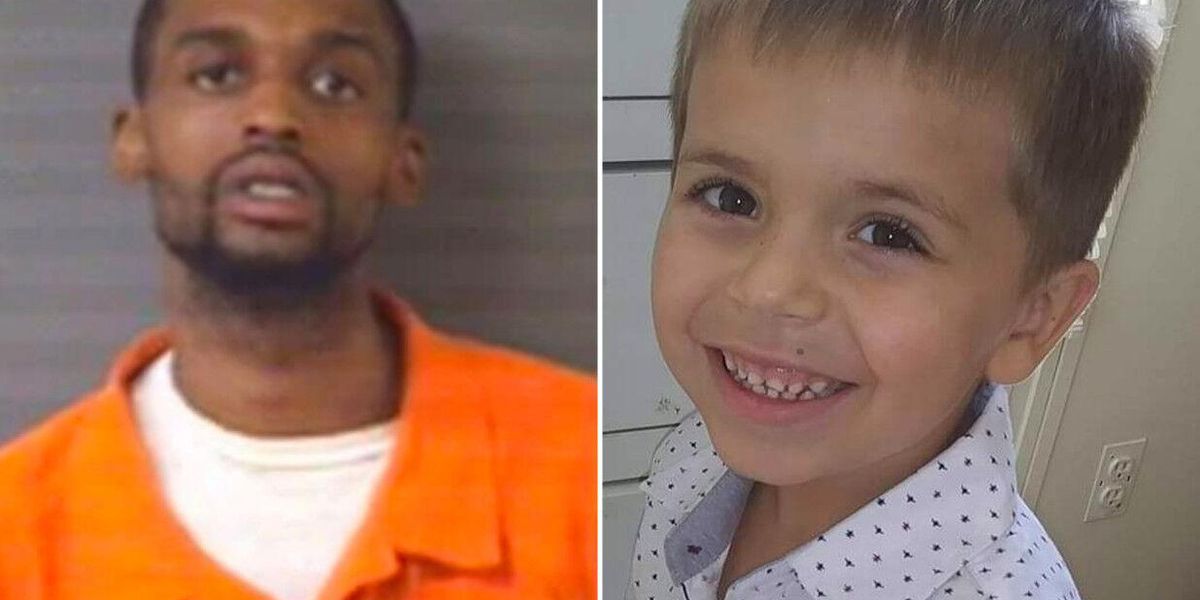 TUCSON, Ariz. (KOLD News 13) – A man in North Carolina shot and killed his five-year-old neighbor in front of the boy’s family, police say.

Police in Wilson, NC. said Darius Sessoms, 25, shot and killed Cannon Hinnant while the boy was playing in his yard with his family Sunday evening.

Cannon’s mother said her son was playing outside when Sessoms ran up to the boy, shot him in the head, then fled.

Doris Lybrand, a neighbor who witnessed the shooting, told local news sources in the area that Sessoms ran up to Cannon, put a gun to his head and fired before running back to his own house.

Lybrand said she first thought Sessoms was playing with the kids, but when she saw Cannon’s father’s reaction, she ran inside her home and called 911.

Cannon’s mother said the boy’s sisters, ages seven and eight, were playing with him when the shooting happened and witnessed their little brother get shot.

Cannon was taken to a nearby hospital where he died.

No details about a possible motive for the shooting have been released, but Wilson authorities believe the shooting wasn’t random. Sessoms lives next door to Cannon’s father. A neighbor said that the two men had dinner together Saturday night and that Sessoms was at Cannon’s father’s home earlier Sunday, the day of the shooting.

Sessoms was caught Monday night, about 24 hours after the shooting in the nearby town of Goldsboro. He was charged with first-degree murder and is being held without bond in the Wilson County Jail.

A GoFundMe page has been set up to raise money for Cannon’s funeral expenses.

Members of our community have taken to the streets every night since the murder of George Floyd to express their collective grief, anger, and frustration over not just that senseless act of violence, but the countless other abuses People of Color have endured in our country throughout history. The demands for change go beyond calling for an end to police violence and encompass the need for all of us to acknowledge and address centuries of racism and oppression that are manifested in mass incarceration, economic inequality, educational disadvantages, and disparities in health care that have allowed COVID-19 to ravage our communities of color.

As prosecutors, we acknowledge the depth of emotion that motivates these demonstrations and support those who are civically engaged through peaceful protesting. We recognize that we will undermine public safety, not promote it, if we leverage the force of our criminal justice system against peaceful protestors who are demanding to be heard. The Multnomah County District Attorney’s Office will always strive to advance the safety of our community and its members. We recognize the need to broaden our vision of what a safe community means and our role in promoting that vision. To advance public safety we must not only prevent crime, but must also promote economic and housing stability, educational opportunities, strong family and community relationships, and the mental and physical health of all those who live in our county.

Seen through that lens, the prosecution of cases relating solely to protest activities, most of which have a weak nexus to further criminality and which are unlikely to be deterred by prosecution, draws away from crucially needed resources. As stewards of public resources, we must devote our efforts to prosecuting crimes that allow us to protect our most vulnerable victims to have the greatest impact on promoting a safer community for everyone in Multnomah County.

For these reasons, our Office will apply the following presumptions to all referred cases arising from the current protests in our community. A prosecutor choosing to decline to prosecute a case is not condoning or endorsing the conduct that led to the arrest and/or citation. A decision to not prosecute a case is not a comment on whether or not the arrest was lawful. As with all presumptions, where an individual case presents unusual, aggravating circumstances, line prosecutors may obtain supervisor approval to proceed with the case.